Lies at the intersection of the prolific Battle Mountain-Cortez and Getchell-Twin Creeks gold trends. 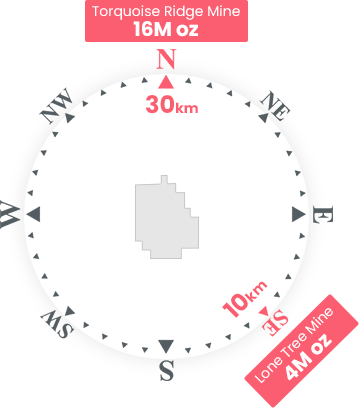 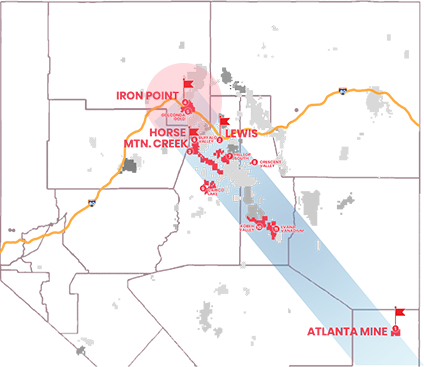 In 20l9, a diamond drill hole confirmed the presence of favorable lower plate stratigraphy at moderate depths of approximately 450m.

Historically, Iron Point has been the subject of numerous exploration programs by major and junior gold companies that almost exclusively focused on upper plate targets, with very little attention given to potential mineralization in lower plate rocks. 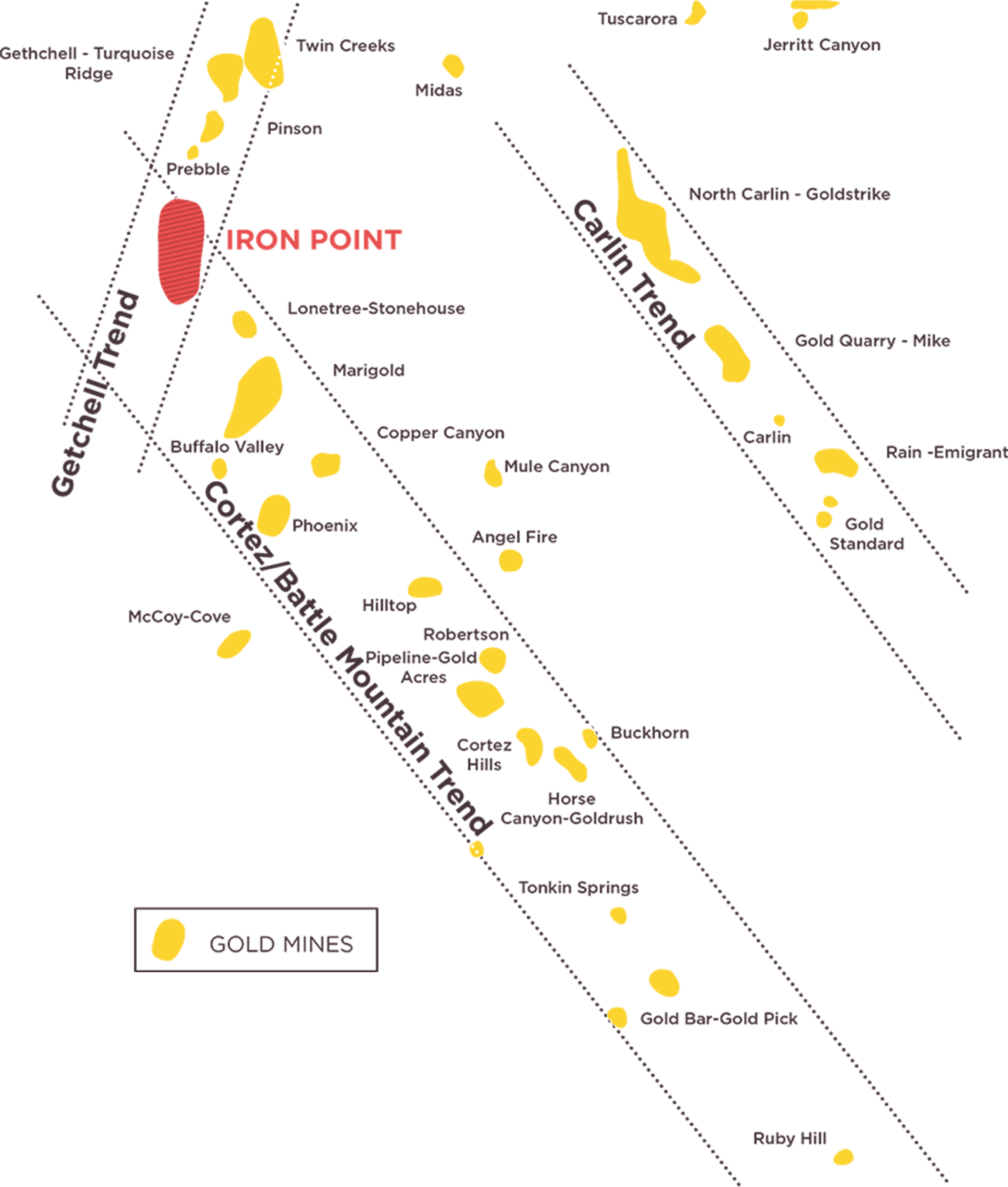 This program is designed to follow up on initial drilling completed in 20l9 by the Company in which a thick sequence of Lower Plate carbonate rocks was encountered in core hole VM-008C.

Additionally a scout reconnaissance program of l8 shallow RC drill holes totaling 2,400m began in November 2021 and is designed to probe unexplored areas near the north end of the Iron Point claim block where geophysical surveys and interpretation by the Company indicate the potential for shallow, uplifted blocks of Lower Plate stratigraphy.

Sample results from several of these initial scout holes have been submitted for assay with results pending. 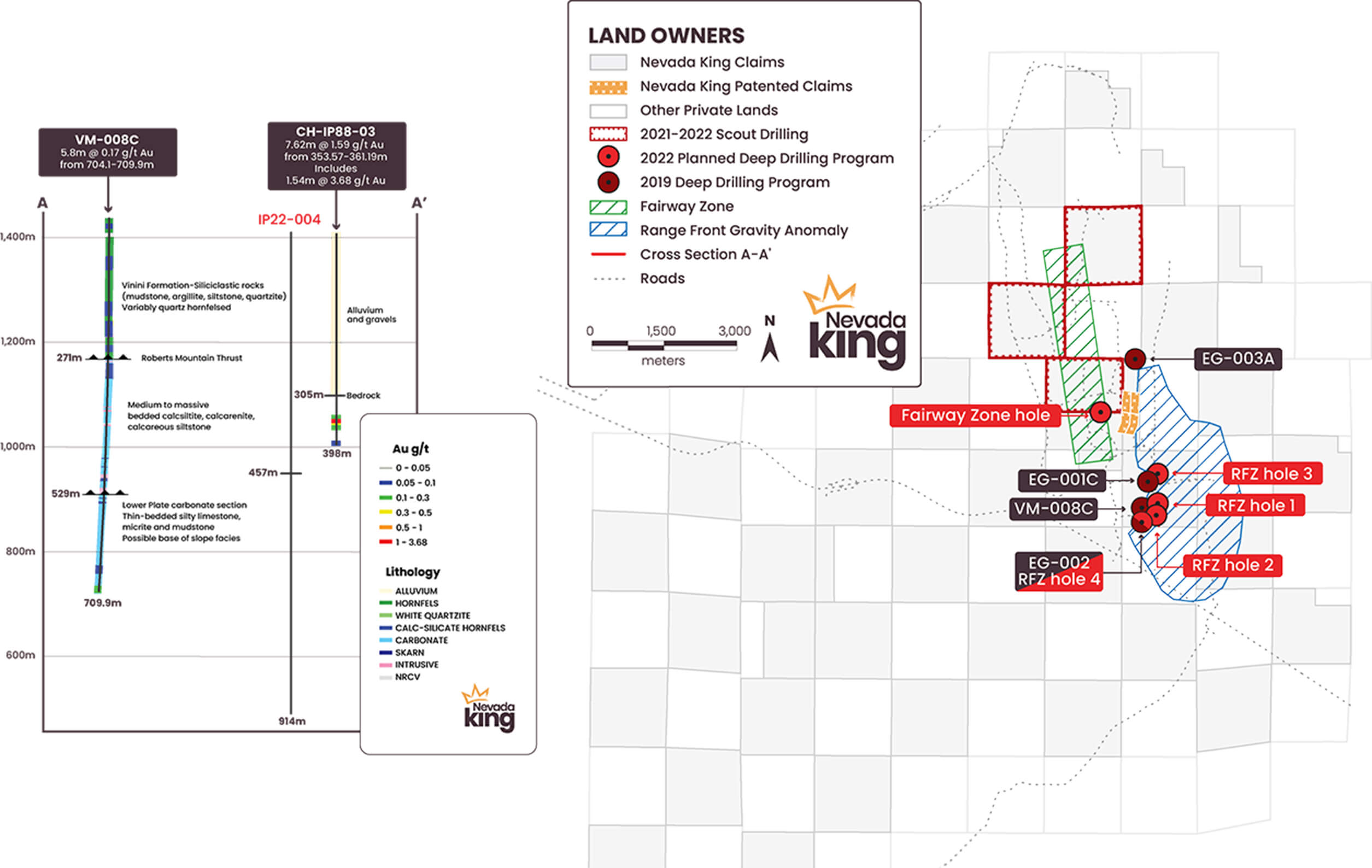